Use a little Muggle magic to turn your bullet journal into spellbinding artwork with these Harry Potter bullet journal ideas. Quotes, fonts, doodles, spreads and layouts that all fit the wonderful world of wizardry. 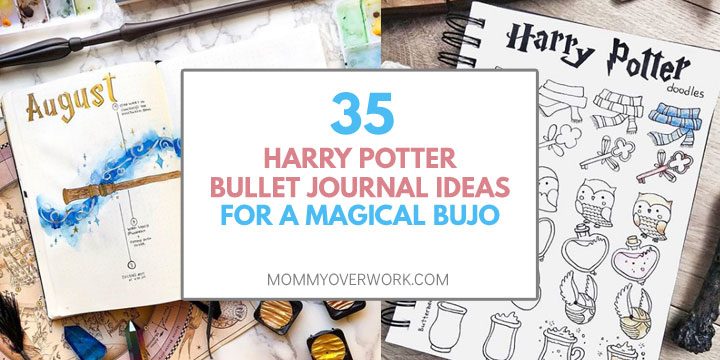 Or check out these top recommended bullet journal supplies from your favorite bullet journalists and artists across the internet.

Practice your bullet journal lettering with any of these font styles inspired by the books and movies. (via Pin image)

While you’re at it, you can incorporate these bullet journal doodles.

Here’s a step by step tutorial. (via Pin image)

Or create a monthly doodle challenge to try your hand at characters, objects, and scenes from the series. (via @bujo_cupcake)

Here we have inspirational ideas to create cover art per month of the year.

On one side is the Hogwarts castle, and the other is Harry’s owl Hedwig delivering letters. (via Reddit)

This month, show your love to your Hogwarts House with the appropriate seal. (via @crafty_lexie)

Follow it up with a tribute to all the Houses through the Hogwarts crest. (via @kim_artventures)

As springtime rolls around, celebrate the better weather with an outdoor scene of Harry flying on his broomstick.. (via Pin image)

As Quidditch season gets underway, create this spread with the goal posts and coveted golden snitch. (via Pin image)

The sweets of Honeydukes is another great idea to bring a smile to your face. (via @blackandwhitebullet)

In honor of Harry’s birth month, why not create this spread of his glasses, with one side of the Hogwarts castle and the other a monthly calendar spread. (via @silva.and.bold)

Close out summer and the coming of the school year with a wand, with stars that look so enchanting in watercolor. (via @misfit.plans)

Then take a trip on the Hogwarts Express ticket as the academic term begins. (via @blackandwhitebullet)

In the spirit of Halloween, celebrate the magic with an appropriate quote from JK Rowling: We all have magic inside of us. (via Pin image)

This month, give a nod to the Sorting Hat. (via @jannplansthings)

Last but not least, try this wintry festive HP logo covered in snow with garland of lights and stars at the top. (via Reddit)

Here are some colorful bullet journal weekly spreads to try.

Maroon and gold for the Gryffindor lion. (via bullet journal weekly spreads)

Black and yellow for the Hufflepuff badger. (via Kate Hadfield Designs)

Blue and bronze for the Ravenclaw eagles. (via Kate Hadfield Designs)

Green and silver for the Slytherin snakes. (via Kate Hadfield Designs)

So creative to use the footsteps as borders for each day of the week. (via Pin image )

Here are some unique ways to put a Harry Potter spin to your mood trackers and habit trackers.

The feathers of the snitch are what you would color in based on your day’s mood. (via Pin image)

Or in the style of tracking House points. (via @dotted.plans)

You can also track them as concoctions of different emotions. (via @plinthced)

Feathers in different house colors for various habits you’d like to track. (via Pin image)

Here we have other fun bullet journal spreads to try.

For diehard fans, why not create a profile marking the House you are sorted into, your birthday, wand details, patronus ID, favorite wizard subject, pet, and quidditch position. (via @blackandwhitebullet)

Or create a reference chart of different wand movements. (via Lily’s Colours)

Use the Alohomora incantation to unlock your bullet journal key. (via Pin image)

Create a savings or expense tracker as a Gringotts record (via @chardangerfield.art)

Or create a sleep tracker with this themed log. (via @avaguavastudies)

And if you’re a fan of planner stickers, then download this free set of Harry Potter ones. (via Victoria Thatcher)

Last but not least, here are some great quotes that can use to inspire, motivate, and decorate your bujo.

Don’t let the Muggle get you down. (via Pin image)

Hogwarts will always be there to welcome you home. (via Pin image)

Happiness can be found in the darkest of times if one only remembers to turn on the light. (via @plinthced) 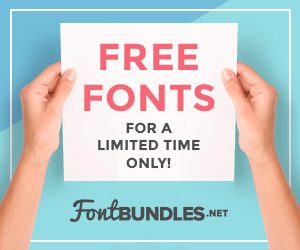 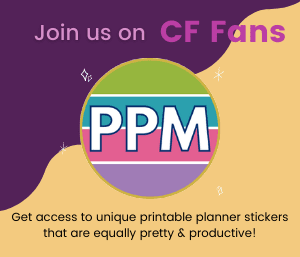